Unknown gunmen on Monday, hijacked a 115 horsepower passenger speedboat along the Keme-Ebiama and Ogboinbiri waterways in Bayelsa State.

According to report by Isedirikonghen Ebi. Alhaji, the assailants shot and attacked passengers and boat driver with machetes. They also dispossessed them of all valuables including the sum of one million Naira. His report below:

Immediately, we spread the information around and a search team of Azuzuama origin also set out and finally, help come the way of the victims from good Samaritans who delivered them to us. 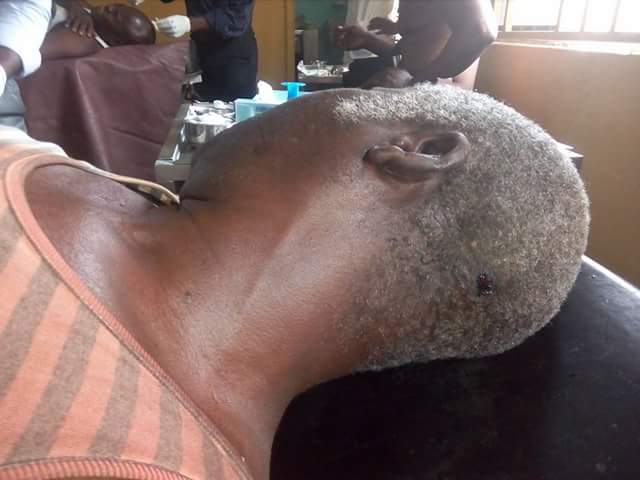 At a government owned hospital where the victims are currently receiving medical treatment, they narrated to us what happened to them as follows;

“We left home around 7am and on getting to a T-junction, leading to Gbaraun Community, we appeared to a waiting speedboat with mast men.
Immediately we drove them bye, they started chasing us.

Since the area is not too far from the Ogboinbiri flow station where there is security presence, our driver refused to slowdown for them. In that instance, they started shooting at us in a closed to 10munites chase.

When it was obvious that we can’t escape them, some of us removed the lifejackets they were on and jumped into the river and swim for safety.

At that time, the three of us had received gunshots at different parts of our body so we couldn’t remove our lifejackets so we jumped off the boat with it. When we landed on the water, we couldn’t swim faster with the jackets nor dive deep into the water to escape them.

“At that point, they captured our boat and surrendered us with the guns, pulled us out on the water into the boat, searched our pockets and dispossessed us of everything and started cutting us with machetes allover our bodies

Egbe-emi Isaac, a civil servant and pastor of Power of Resurrection Ministry, Azuzuama, who had about four deep cuts on his skull and gunshot injuries at his back said he was traveling to Uniport, Port Harcourt, for academic clearance and was with all his documents. All he asked for was his bag containing his documents which angered the gunmen to inflict these grave injuries on him.

As at filing this report, all the three victims are undergoing x-ray ahead of possible surgery.

According to the driver, all onboard the boat were 8 passengers and loads of crayfish, meat (including my alligator), fish and cash over one million naira.

“When I put a phone call to Bullet Gbakumo, a bread bakery owner who was sending cash to his customers through Justinah Uyaini, another trader confirmed that his money was N400,000. 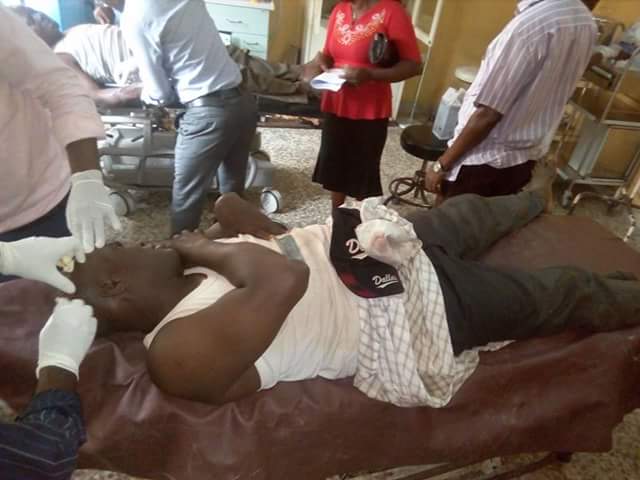 All efforts to reach Mrs. Justinah to confirm her amount is fruitless even as other victims confirmed she was crying uncontrollably.

Those with injuries in the hospital are;
Pastor Egbe-emi Issac,
Mr. Samuel Angasei,
Mr. Ebi. Sunday,
While, Solo. the boat driver went home with a bullet believed to be inside one of his legs.