Justin Trudeau apologises to the LGBTQ community, compensate them with up to $85 million

Canadian Prime Minister Justin Trudeau on Tuesday, wiped away tears as he delivered an apology on behalf of the government for decades of discrimination against the lesbian, gay, bisexual, transgender, queer and two-spirit (LGBTQ2) community. The prime minister said he wants to ensure such oppression never happens again.

“Today, we offer a long overdue apology to all those whom we, the Government of Canada, wronged. We are sorry. We hope by acknowledging our failings we can make the crucial progress LGBTQ2 people in Canada deserve. We will continue to support each other in our fight for equality because we know that Canada gets stronger every single day that we choose to embrace diversity,”

The government also introduced a legislation to expunge the criminal records of those convicted of having consensual same-sex activity.

Canada decriminalized homosexuality in 1969, but records of the convictions of these people remained. The bill set aside 4 million Canadian dollars ($3.11 million) over the next two fiscal years to carry out the destruction of these criminal records.

Trudeau also announced that an agreement had been reached in a class-action lawsuit for 110 million Canadian dollars ($85.80 million) to be paid out to former civil servants and members of the military who lost their jobs because of their sexual orientation. 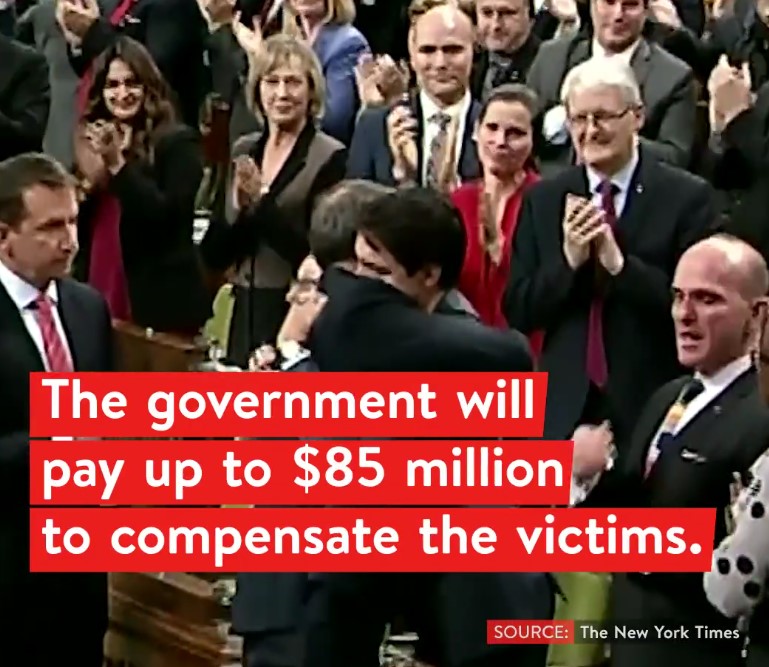