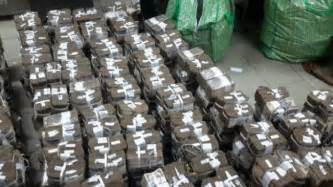 In its claim application that is still pending in court, the bank has asked the Federal High Court in Lagos to vacate an interim order that has forfeited the flat to the Federal Government.

The court had on November 9, ordered the flat’s temporary forfeiture to the Federal Government.

Justice Saliu Saidu ruled that it would be permanently forfeited if no one turned up to justify its ownership within 14 days. An ultimatum which has already expired.

In a supporting affidavit, the bank said the flat was part of 16, Osborne Road, Ikoyi, which belongs to Alhaji Ahmadu Adamu Muazu. Adding that the property was covered by a certificate of occupancy dated September 27, 2009 and registered as 97/97/2009 in the Lands Registry Office, Alausa.

According to the bank, Muazu mortgaged the property to it by virtue of a Tripartite Deed of Legal Mortgage dated November 1, 2011.

Union Bank said the property was a security for a loan granted to Tripple A Properties & Investment Ltd.

The bank claimed that the property’s original titled deed had been vested in it (the bank), adding that the loan was yet to be liquidated despite its tenor expiring.

The bank claimed that it sold the property to Chobe Ventures Ltd to liquidate the loan.

EFCC, in its counter affidavit, argued that the bank lacked the locus standi to challenge the forfeiture.

In a supporting affidavit deposed to by an investigating officer, Mr Musa Giwa, the agency said Mrs Oke gave the cash to a bureau de change operator, Alhaji Shehu Usman Anka, to pay for the flat.

“The funds used to acquire the property sought to be forfeited in the name of Chobe Ventures belong to the Federal Government of Nigeria but was fraudulently converted to the use of Chobe Ventures. It is in the interest of justice to grant this application,” the EFCC said.

EFCC said when it recovered the huge cash from the flat, it also recovered several documents that indicated that the flat belonged to Chobe Ventures. He said some of the evidence included invoices and cash receipts issued to the company.

Justice Saidu adjourned till January 12 for the hearing of Union Bank’s application as an interested party.

Stella Damasus opens up about being emotionally abused by second husband